Ibis again attended the NSW Local Government Professionals Finance annual conference, this time in Lovedale, Hunter Valley.  There was smoke in the air and a Catastrophic Fire rating for the Tuesday before the conference, but the conference was still very well attended and informative for all.  We enjoyed catching up with existing clients and meeting people from all over NSW.

There was  a lot of interest from Councils in relation to our Rates & Water Modelling products – in particular, analysing  changes in valuations from previous valuation to current that can be reported on and shown on a GIS Map Layer, they were also interested in the general reporting outputs from modelling scenarios and how the products can be used for data cleansing. It was great to talk to people about what their upcoming modelling scenarios might be and to discuss how easy it would be for them to quickly model multiple scenario in the modelling tools.  Richard Noble and Michelle Miller from the Ibis team were present to answer questions and follow up interested councils.

Ibis has recently released to market a new hosted cloud-based system called Breeze which has been a success in NZ and is now being released for Australian councils.

As a followup to this annual event, Ibis are visiting NSW for interested councils around rates modelling, Water modelling,  annual and long term planning and advanced reporting systems in December 2019. Please let us know if you would like to have a discussion with any of our local government experts. 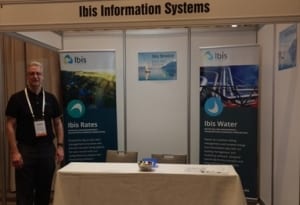