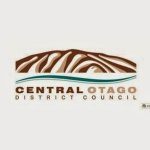 In Central Otago District Council’s 2015-25 Long Term Plan the decision to change the way we rated for water and wastewater services was agreed in principal subject to a review of the Revenue and Financing Policy.

In September 2015 we conducted a series of workshops with Councillors to determine the effect of changes to this policy.

Using the Funding Policy Designer, a new component of the product, we were able to create different ways of distributing our rates. The development of “switches” within the Funding Policy Designer allowed us to swiftly demonstrate the shift in rates caused by local funding versus district funding. The extensive graphs and sample property functions within VARF Pro allowed us to show elected members clearly where the shifts were occurring.

With the ability to model these decisions and their effects “on the hoof” the Councillors felt comfortable in being able to make alternative funding decisions like moving a particular targeted rate from land value to capital value or spreading the rate over more ratepayers.

The rate modelling work that was done was independently audited prior to publication. Obtaining a favourable audit opinion was a breeze thanks to the way VARF is built and the functionality contained within it. The proposed Revenue and Financing Policy went out for consultation on 28 September 2015.

The proposed policy includes the district funding of water and wastewater instead of localised funding, a new rate on capital value for footpaths, car parks, street lighting, stormwater and public toilets, a new rate to fund a central sports ground and a district wide rate to fund recreational track and waterway maintenance. Using an export from VARF Pro we were able to make an online calculator allowing ratepayers to plug in their address and see their 2015/16 rates, 2016/17 rates under current policy and 2016/17 rates under the proposed policy.

All in all the functions within this product coupled with the training and support provided by Ibis ensured that potentially difficult and protracted calculations were comparatively quick and easy allowing for a fast and accurate decision making process.

Are you fit for future?

Start of the financial year update
Scroll to top